“Our spears are no longer enough to defend our territory from oil threats. We, the Waorani of Pastaza, recognize the importance of tools like video, digital campaigns, political advocacy and legal strategies in the defense of our ancestral homeland. The “Waorani Resistance” platform and campaign is the result of a collaboration between CONCONAWEP, the organization representing the Waorani communities of the Pastaza region in the Ecuadorian Amazon, the Ceibo Alliance, an Ecuadorian indigenous non-profit, and international organization Amazon Frontlines. We have the support and permission of our communities to tell and share our stories with the world. Together, we create and manage content, designs and messages as part of the Waorani Resistance movement, and we make collective decisions on how to best deploy funds raised through this website. Partnership makes us stronger. Although we live in the Amazon and many of you who read this live far away - together, we can achieve great things for the protection of our forests and our cultures, and the planet we all share.”

After years of community-led territorial mapping and frontlines organizing, the Waorani people of Pastaza province have united to defend one of the last oil-free roadless areas of their ancestral territory. Now, they are ramping up their struggle. On February 27th 2019, the Waorani launched a historic lawsuit in Ecuador’s city of Puyo. The Waorani’s lawsuit, co-filed with Ecuador’s Ombudsman, aims to keep their ancestral lands free from natural resource extraction and to set a precedent for other indigenous nations to do the same.

In 2018, Ecuador’s Minister of Hydrocarbons announced an auction of 16 new oil concessions covering roadless, primary forest in the titled territories of the Shuar, Achuar, Kichwa, Waorani, Shiwiar, Andoa, and Sápara nations. The region is home to some of the highest levels of biodiversity on the planet. Oil giants such as Exxon and Shell have expressed interest.

From high-tech maps and global campaign strategies to multi-nation organizing, the Waorani are spearheading a resistance movement opposing fossil fuel extraction and galvanizing the protection of nearly 7 million acres of indigenous territory – a critical stronghold in the battle against climate change.

Through testimonies gathered from dozens of elders and community leaders, the Waorani allege that the Ecuadorian government violated their right to consultation, highlighting the State’s deceitful tactics throughout the process. The proposed auction of oil block 22, set inside Waorani territory, has become a flashpoint for a new strategy to stop a broader auction affecting numerous indigenous nations of the southern Ecuadorian Amazon, and strengthen indigenous-led efforts to combat climate change. 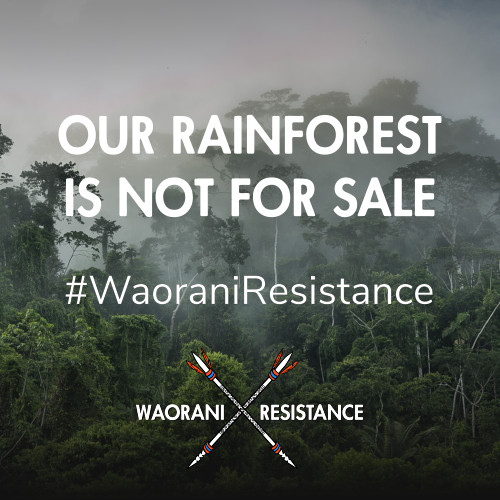 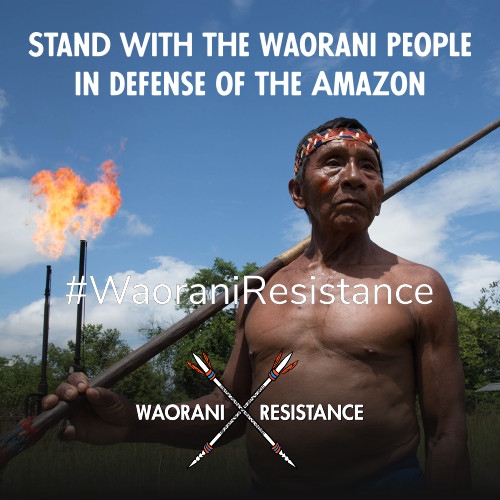 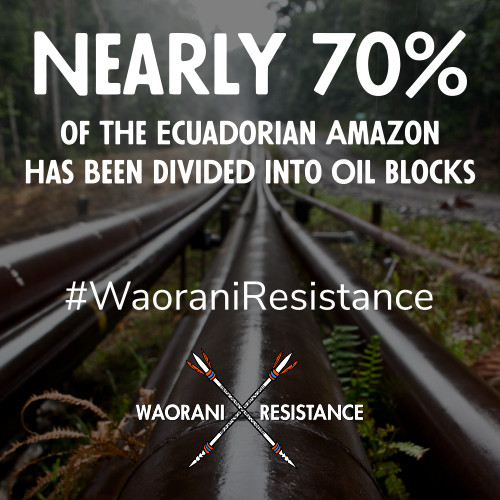 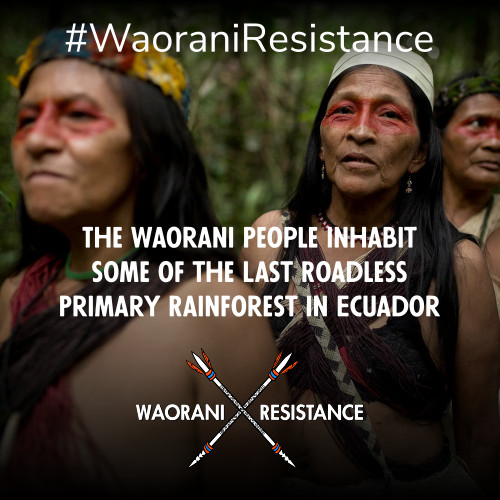